How to Improve Your Programming Logic

How to Improve Your Programming Logic

If you are struggling with programming logic, you are not alone. Do “if-then” statements bring on panic attacks? Are you having difficulty choosing a logical operator to produce the desired result? Much of computer programming logic is based on formal logic, specifically mathematical logic. For example,

Mathematical operators such as greater than, less than, or equal to are also used in programming to create logical instructions for a computer to execute.

A program will use at least two of the five basic programming elements.

Breaking down the steps in the process results in programming logic for an if-then-else statement such as the following. The example statement is written in C.

Logic is human reasoning that is conducted according to strict principles or rules. Programming logic is a set of principles that delineates how elements should be arranged so a computer can perform specific tasks. Logical thinking, whether programming or formal, means applying principles in a disciplined manner to achieve an acceptable result.

Practice is the only way to develop programming logic skills. Logic skills are always evolving as new features are added to programming languages or new development challenges appear.  Programming logic is especially crucial in areas such as artificial intelligence and machine learning where the code is attempting to emulate the human thought process.

That being said, visualizing the logical relationships can help you see what the connections are among the different data points. Although there are plenty of programs to help with visualization, paper and pencil is often the better choice. There’s something about the physical act of drawing that helps keep a mind focused. Don’t worry about notations or conventions. This is a diagram for you to use as a way to develop your skills.

Code challenges are a great way to exercise your logical thinking skills. Many social platforms offer code challenges. Further, some platforms rank solutions or have other means of encouraging healthy competition. Here is a great article that lists some code challenge platforms. 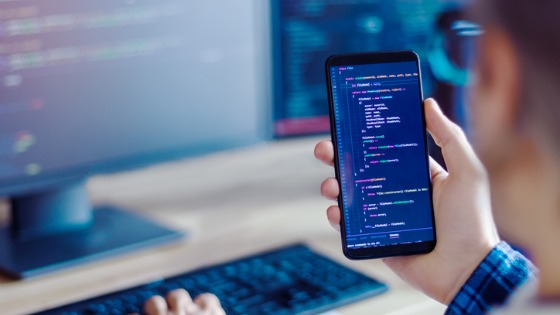 Aside from practice, learn more about data structures, algorithms, and paradigms. Becoming familiar with existing methods can help you recognize possible solutions for specific logic problems in your code.

Studying proven solutions to programming problems helps your understanding, especially with documented pros and cons. By looking at existing algorithms and associated data structures, you will be challenged to follow the underlying logic which will improve your programming logic.

Cleaning up your code can help you identify ways to improve your coding skills. You can learn how to make your code elegant and easy to read. As you work on cleaning up your code, you will also be able to follow the logic more easily and identify areas for improvement. When you’re faced with reviewing the logic of 300 lines of code with single-character variables, you’ll appreciate clean code.

Again there are ways to learn from existing constructs to better prepare to address programming logic. They are tools to keep in your toolkit when deciding the best logical construct for a programming problem.

How Logic Helps in Programming

Logic helps organize code and enables programs to run more efficiently when implemented properly. A well-written code helps the readability of the code. Without properly applied logic, programs cannot produce the expected outputs. If you are interested in learning more about programming logic, look into the software developer program powered by Woz U. Indeed, the program improves your programming logic.