What Is SQL Programming Language?

What Is SQL Programming Language?

But, Microsoft is only one of many providers of database management systems (DBMS).

For example, Oracle has an SQL-based DBMS, and MySQL is an open-source SQL management system. There is an ANSI standard for SQL, but each solution has its own unique characteristics.

However, learning a database language will add to a programmer’s tool kit and career opportunities.

SQL stands for Structured Query Language, which is a programming language used to communicate with relational databases.

The acronym is pronounced like the word sequel, but some people will just use the three letters S, Q, and L.

Although there were precursors to the SQL language as early as the 1960s, relational databases didn’t hit the market until the 1980s.

In 1979, Oracle became the first to incorporate an SQL language into its relational database construct.

SQL does have its distracters who consider it to be too slow and lacks the eloquence of other programming languages.

Despite its critics, SQL has become the standard language for querying and manipulating data stored in a relational database.

What Is a Database?

Databases are designed to hold massive amounts of data that can be accessed by multiple users simultaneously.

There are different database types, depending on data storage. 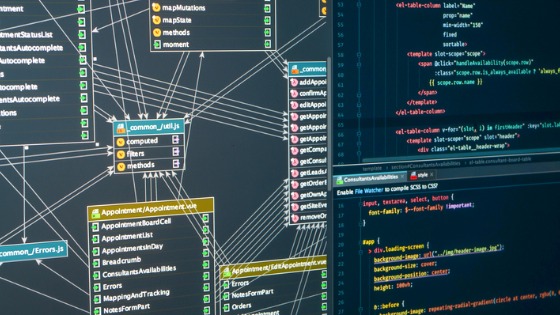 For example, distributed databases are located on multiple computers occupying the same physical space or spread over multiple locations.

Relational databases store data in tables consisting of columns and rows similar to a spreadsheet.

Relational databases are the most used technology for accessing structured data.

How to Use SQL

Data is everywhere. According to the World Economic Forum, there will be 44 zettabytes of data in the digital world in 2020.

Where will most of that data be stored? Databases. Without SQL, those bytes of data would be meaningless.  So, what industries maintain volumes of data?

Banks maintain information on every transaction processed through their system. Credit bureaus have records of mortgages, credit cards, and student loans, along with a myriad of data reported to them from other agencies.

Insurance companies keep records of policies, payments, claims, and sensitive personal information. All of this data is in databases that use the highest level of security within the SQL language.

Behind the web-based storefronts are databases that supply information on the products or services of an e-commerce merchant.

Using the information in a database, merchants provide online recommendations and promotions.

Without a standard programming language, it would be impossible to manipulate the data to respond to a custom search request.

Companies such as Facebook would be unable to deliver targeted advertising and promotions without access to a database.

These three industries are just a small part of the world’s database users. There are governments, manufacturing, and libraries.

Databases and the need for SQL are everywhere. With such broad appeal, learning a SQL programming language is a critical skill for a developer.

Is SQL a Programming Language?

A programming language is a set of rules that give instructions to computers to execute. These languages are divided into generations based on how directly the language communicates with the machine.

SQL is a fourth-generation language, meaning it is a scripting language that does not require compiling to run.

Like most fourth-generation languages, SQL requires an interpreter that translates rather than compiles code.

As with all languages, SQL has rules for issuing commands and queries. Some basic SQL commands are:

What Is SQL Server?

Although there are numerous database management systems (DBMS), three systems dominate the market.

Microsoft’s SQL Server accounts for about 40% of the relational database market. It is designed to operate in conjunction with the company’s web services, making it easier to integrate into web applications.

Although it is not a requirement, learning HTML can help integrate database results with web applications. HTML stands for Hypertext Markup Language and its use is to define web pages.

When data returns from SQL queries, the information is just a string of data fields. Using HTML is one way to format the data into an attractive and readable form.

How to Learn SQL Language?

Choosing which implementation of SQL to learn is the first step. For example, if you are interested in web development, learning SQL Server is an excellent choice as many web applications use SQL Server for data storage.

Add in a little HTML experience, and you’re ready for a web developer position. Using the combined skill set of SQL and HTML, you’ll have the freedom to find meaningful work.

The basic SQL commands and queries are not difficult to learn. What does take time is learning how to interact with the database. Learning to write optimized SQL queries is trial-and-error.

A poorly written query can increase response time, creating a time-out. To optimize queries, you need to understand how databases are designed. That’s why it’s vital to learn from experienced programmers.

As with most programming languages, the more you practice, the better you become. If you’re looking for a career full of purpose, explore our powered by Woz U programs for software development. Isn’t it time to find meaningful work?